August 4, 2018
“Don't go to Rio! It’s a war zone! Don't be part of the statistics!” That’s was the reaction to an answer of what is our next destination. We asked around and decide to go anyway… How we survived in the city, to which many Brazilians are afraid to go because of its bad reputation? 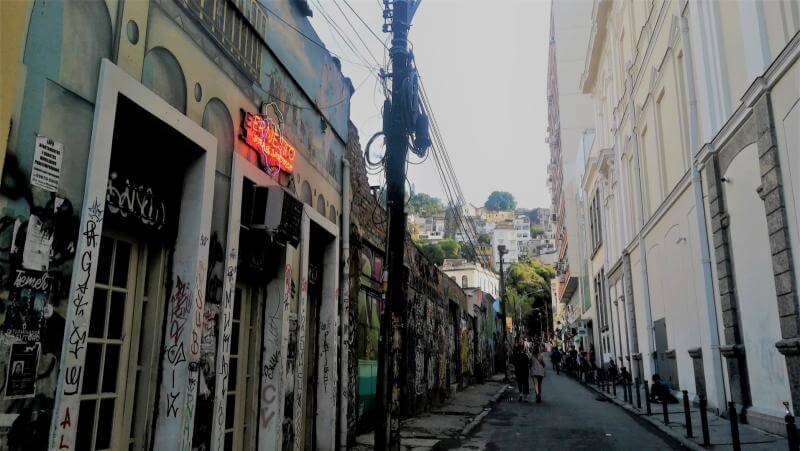 As we were on a small catamaran riding towards one beautiful island in the state of Sao Paolo, the captain of the boat asked us an innocent question, which could have changed it all: “So, guys, what’s your next destination”.

Without looking at each other or paying much attention to the question, we answered: “We will spend a few days in Rio, then head south.”

“Oh no, don't go to Rio guys, really. It’s a war zone! Drug dealers and police shooting on the street, people are dying every day, they are mugging tourists and nobody cares… it’s a terrible situation there now. Don’t go! Don't be part of the statistics!”

Well, that was not the reaction we expected. We looked at each other puzzled, thinking what we gonna do. I really wanted to go there, we were just a 3h drive away from one of the most known cities in the world, at the same time, it seemed like it might be also one of the most dangerous one at this time… Eventually, we decided to go anyway.

All the bad things about Rio de Janeiro

As we were entering the city a few weeks later, I was looking around with my eyes wide opened, blood shedding on the streets, scream, loud shootings and gangs fighting each other. Tourists being robbed, killed and raped right in front of the eyes of the police on otherwise empty streets, as every citizen was too afraid to leave their homes… Exactly as we saw it in the movie Cidade de Deus about Rio’s favelas in the 1970s. One would expect so much has changed since then, but no, just as many Brazilians fear it, Rio de Janeiro is a war zone, a place to avoid, we were so close to losing our lives and I wished we never came here… That’s really just what you see in the TV news! Here’s what really happened…

All the good things about Rio de Janeiro

As we were entering the city, the streets were surprisingly calm and with fluent traffic. Streets full of people walking back to their offices after lunch. We didn’t download a map and had to stop several times to ask about directions. Eventually, we found the right neighborhood and even a parking in front of our hostel. Two nights were ahead of us in this sunny city but soon we have realized it’s not gonna be enough and prolong for another 2. With a wish to avoid tourist crowds up at the Christ statue, we just walked down the streets of Lapa, Flamengo and Ipanema neighborhood, watching an everyday life of people, drinking coconut water from street sellers and stopping for a beer in small bars packed with locals. 4 nights in this lively city were definitely not enough, I wish we could have stayed for at least a few weeks…

Why everybody loves Rio?

What is it about Rio, what everybody loves? It’s the fact that this glorious city of Samba and Caipirinhas has it all! Beautiful white-sand beaches to relax and take in some vitamin D, the waves of Atlantic ocean to catch on your surf, the radiant natural beauty, and lush green mountains to get your heart-rate up with a beautiful view waiting for you on the top as well as a rich cultural history and world re-known landmarks. This city simply has a life and pulse you won’t find anywhere else. Yes, there is violence, yes, there is robbing, but if you are not stupid enough to go to discover the poverty-stricken favelas on your own, and if you act cautiously and smart, you will be just fine and enjoying all that Rio has to offer.

So, is Rio de Janeiro safe for tourists?

SO, how is it really with safety in Rio? Is Rio de Janeiro safe to visit and is it worth the visit? Absolutely! Of course, I was not walking down the streets with the expensive camera hanging around my neck while wearing diamond earrings and gold watch on my wrist and limited our visit to the rich touristy neighborhoods. Don’t trust Rio’s bad reputation from movies and TV news, but be careful. Just as in any city, bad things can happen but can be also avoided with a bit of caution and careful behaviour. Just to compare, I was mugged more times in Europe in the city I lived in and knew, than in the whole time while traveling South America (knock on the wood, never happened).

Read more about our 4 days visit in Rio de Janeiro.

Prev:
Living on a farm – how we did volunteer work in Brazil
Next:
What we did in 4 days in Rio de Janeiro